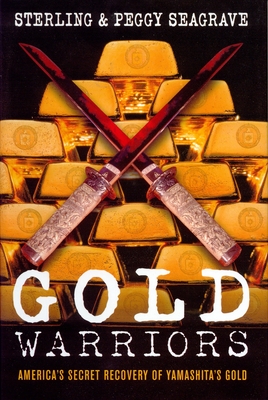 By Peggy Seagrave, Sterling Seagrave
List Price: $22.95
Our Price: $16.00
(Save: $6.95 30%)
On Our Shelves Now
In 1945, US intelligence officers in Manila discovered that the Japanese had hidden large quantities of gold bullion and other looted treasure in the Philippines. President Truman decided to recover the gold but to keep its riches secret. These, combined with Japanese treasure recovered during the US occupation, and with recovered Nazi loot, would create a worldwide American political action fund to fight communism. This ‘Black Gold’ gave Washington virtually limitless, unaccountable funds, providing an asset base to reinforce the treasuries of America’s allies, to bribe political and military leaders, and to manipulate elections in foreign countries for more than fifty years.
Peggy Seagrave was the senior researcher and picture editor at Time-Life Books. Along with Sterling Seagrave, she is a co-author of the bestselling Lords of the Rim and The Yamato Dynasty.

Sterling Seagrave was a reporter for the Washington Post before becoming a freelance investigative journalist contributing to Time, Life, Atlantic Monthly, and the Far Eastern Economic Review. He is the author of The Soong Dynasty as well as other books, and with Peggy Seagrave he co-authored the bestselling Lords of the Rim and The Yamato Dynasty.
“The reader will walk away from this book astounded and outraged at the immensity of the fraudulent activities that the world’s governments, banks, and spies are engaged in. Gold Warriors is chilling in its accumulation.”—Counterpunch

“Easily the best guide available to the scandal of Yamashita’s gold.”—London Review of Books

“One is swept up in the high intensity story the Seagraves tell.”—Publishers Weekly

“The Seagraves have uncovered one of the biggest secrets of the twentieth century.”—Iris Chang, author of The Rape of Nanking