END_OF_DOCUMENT_TOKEN_TO_BE_REPLACED

Seeing the Invisible: On Kandinsky (Paperback) 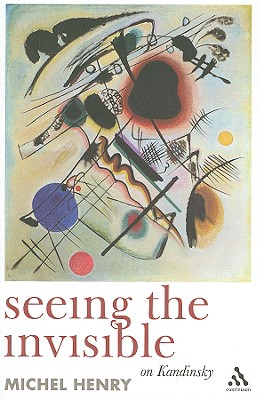 Michel Henry was one of the leading French philosophers of the twentieth century. His numerous works of philosophy are all organized around the theme of life. In contrast to the scientific understanding of life as a biological process, Henry's philosophy develops a conception of life as an immediate feeling of one's own living.
Seeing the Invisible marks Henry's most sustained engagement in the field of aesthetics. Through an analysis of the life and works of Wassily Kandinsky, Henry uncovers the philosophical significance of Kandinsky's revolution in painting: that abstract art reveals the invisible essence of life. Henry shows that Kandinsky separates color and line from the constraints of visible form and, in so doing, conveys the invisible intensity of life. More than just a study of art history, this book presents Kandinsky as an artist who is engaged in the project of painting the invisible and thus offers invaluable methodological clues for Henry's own phenomenology of the invisible.

Michel Henry (1922-2002) was a leading French philosopher and novelist. He was Professor of Philosophy at the University of Montpellier, France and author of five novels and numerous philosophical works. Scott Davidson is Associate Professor and Chair of the Philosophy Department at Oklahoma City University. He is the translator of Michel Henry's works: "Material Phenomenology" (Fordham, 2008) and "Seeing the Invisible" (Continuum, 2009). He recently edited a double-issue devoted to Ricoeur in the "Journal of French Philosophy."