END_OF_DOCUMENT_TOKEN_TO_BE_REPLACED

The Unfinished Twentieth Century: The Crisis of Weapons of Mass Destruction (Paperback) 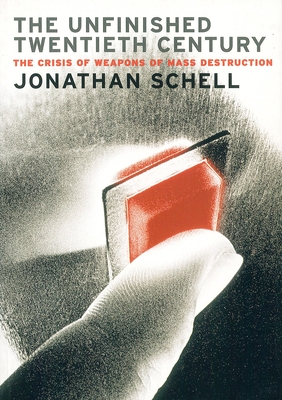 In this work, Jonathan Schell, the author of The Fate of the Earth, proposes that the defining characteristic of the twentieth century was the uncontrolled acceleration of humankind’s capacity for self-destruction, manifested in ‘policies of extermination’, which culminated in the construction of the species-threatening nuclear arsenals of the Cold War.”

Schell examines the legacy this leaves for the new millennium: the more than 30,000 nuclear weapons that remain in existence, the crisis of nuclear arms control that has arisen with the unraveling of the ABM treaty, the stalemate of the START talks, the attractive illusion of missile defense, the arrival of nuclear weapons in South-Asia, and the threat of their spread to East Asia and the Middle East. Schell suggests that the world now faces a difficult but inescapable choice between the abolition of all nuclear weapons and their rapid proliferation as nuclear technology and materials seep around the world.

Jonathan Schell teaches at Wesleyan University and the New School University. A Fellow at the Nation Institute and co-founder of a recently formed citizen’s initiative to negotiate the abolition of nuclear weapons, he is the author of nine books including Fate of the Earth, which was published in twenty countries.

“Surveying the century ‘of the Somme, of the Gulag, of the Holocaust’ and of the atomic bomb, [Schell] wonders at a certain implicit optimism among historians ready to call it ‘short.’”—The Nation

“This compelling exploration ... frames the nuclear debate in terms stark enough to rouse even the most politically ambivalent reader.”—UTNE Reader

“Readers who’ve been emptying bookstores in search of instant wisdom on low-tech terrorism and early Islam would be wise to pick up The Unfinished Twentieth Century that tells how we got into this nuclear mess and how we might get out of it.”—New York Times

“His somber plea for the major nuclear powers to adopt an abolitionist agenda before the minor nuclear players do us all in ... comes freighted with a poignant urgency.”—New York Times Book Review

“With the Senate’s failure to ratify the comprehensive test ban treaty and President George W. Bush’s unwillingness to use a treaty to formalize further weapons reductions, Schell’s pessimism over the direction of arms control is well-founded.”—Times Higher Education Supplement