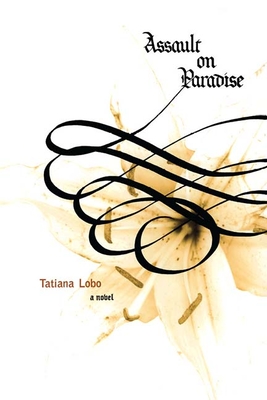 
On Our Shelves Now
Assault on Paradise vividly depicts the Conquistadores and the Church invading Central America, impoverishing one world to enrich another. In a fast-paced, bawdy, swashbuckling adventure in Central America of the early 1700s, Costa Rican novelist Tatiana Lobo lays bare the dark legacy of the Conquistadores and the Church. Through the central picaresque story of Pedro Albaran, Lobo dramatizes the intrigues of politicians and the Inquisition and the bloody battles between the native people and the invaders, while simultaneously presenting a reverent poetic recreation of indigenous cosmogony and mystical values which the natives seek to use to drive out the invaders.
Tatiana Lobo was born in Puerto Montt, Chile and studied theatre and painting at the University of Chile. Her published works have crossed over several genres, including novels, plays, short stories and articles. She now lives in Costa Rica.

Asa Zatz was born in Mexico and has translated almost 100 Spanish-language books, including the works of Carlos Fuentes, Gabriel García Márquez, and Mario Vargas Llosa. He lives in New York City.
"....Assault on Paradise can be considered a critique of colonialism and its cruelties, it is not only that. For in her portrayal of its feckless hero, Lobo moves her novel well beyond polemic and into the realm of art."

"Lobo...delineates Pedro's 'education' with scorching irony and brings her crowded story to a stunning, chilling conclusion."

"Discriminating readers, especially those familiar with the work of Eduardo Galeano, will welcome this new voice in Latin American literature."