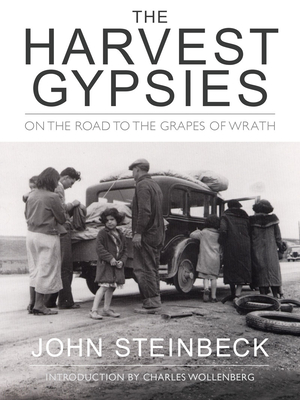 By John Steinbeck, Charles Wollenberg (Introduction by)
List Price: $12.00
Our Price: $9.95
(Save: $2.05 17%)
On Our Shelves Now
Gathered in this important volume are seven newspaper articles on migrant farm workers that John Steinbeck wrote for The San Francisco News in 1936, three years before The Grapes of Wrath. With the inquisitiveness of an investigative reporter and the emotional power of a novelist in his prime, Steinbeck toured the squatters' camps and Hoovervilles of California. The Harvest Gypsies gives us an eyewitness account of the horrendous Dust Bowl migration, a major event in California history, and provides the factual foundation for Steinbeck's masterpiece, The Grapes of Wrath. Included are twenty-two photographs by Dorothea Lange and others, many of which accompanied Steinbeck's original articles.