Frontier Justice: Weapons of Mass Destruction and the Bushwhacking of America (Paperback) 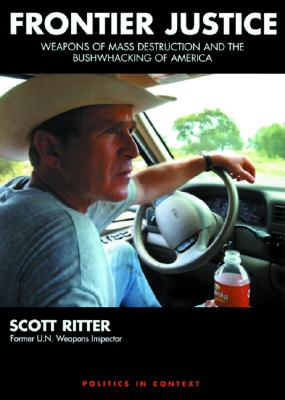 Frontier Justice: Weapons of Mass Destruction and the Bushwhacking of America (Paperback)


On Our Shelves Now
"Frontier Justice exposes the fraudulent manner in which President Bush and Company's scheme of world domination has been sold to Congress and the American people, especially through the "Big Lie" about the threat posed by Iraq's weapons of mass destruction. Scott Ritter dissects this myth and reveals how Bush carried out the international equivalent of a west Texas lynch mob, forcing his own brand of frontier justice in the Middle East.