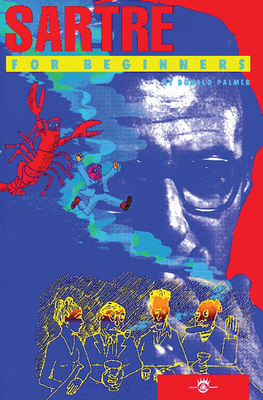 Sartre For Beginners is an accessible yet sophisticated introduction to the life and works of the famous French philosopher, Jean Paul Sartre. Sartre was a member of the French underground during WWII, a novelist, a playwright, and a major influence in French political and intellectual life.

The book opens with a biographical section, introducing the significant events in the life of the man who coined the term "existentialism."

Then it examines Sartre's early philosophical works. Ideas from Sartre's other fictional and dramatic works are discussed, but the greatest part is the presentation of the main concepts from Sartre's Being and Nothingness (1943). These include the topics of consciousness, freedom, responsibility, absurdity, "bad faith," authenticity, and the hellish confrontation with other people.

Finally, the book deals with Sartre's modification of his early existentialism to compliment his conversion to a kind of "existential" Marxism.

Sartre For Beginners summarizes the work of the most renown philosopher of the 20th Century.