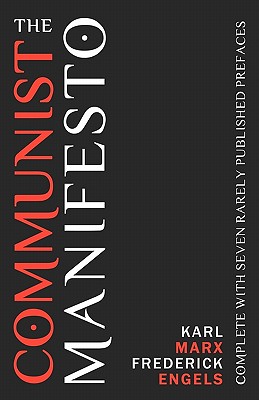 
On Our Shelves Now
This title is the classic communist party manifesto which started this one and a half decade political movement. The seven rarely published prefaces, mostly written by Frederick Engels after the death of Karl Marx, are included making this publication the complete communist manifesto. Although this title is known as one of the most famous left-wing propagandist publications, it serves as a lesson for those of all political philosophies. The Communist Manifesto should be required reading when studying political science, radicalism and radical political thought.