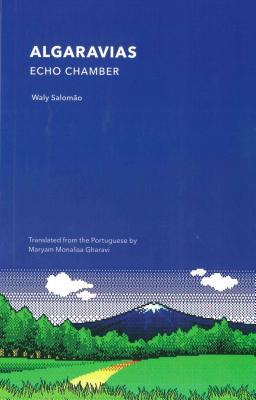 
On Our Shelves Now
Poetry. Translated from the Portuguese by Maryam Monalisa Gharavi. The fifth and most critically acclaimed volume of poetry by Syrian-Brazilian poet Waly Salomao (1943-2003), ALGARAVIAS: ECHO CHAMBER takes its title from an entangled history, referenced in an etymological epigraph: "From al-garb, the West; that language of the Arabs considered corrupted, little understood by the Spanish. Also a name of a plant, given that name for the messiness of its branches." Its ruminations on passage, self-placement, virtual geography, human-electronic interaction, poetic consciousness, and mortality are inflected by Salomao's dual heritage; they also confront the isolating nature of the dictatorship he lived through as well as the aggressively optimistic discourse of post-dictatorship "modernization" efforts: the torrential influx of mass media and multinational corporations, and the sterile, touristic, and militarized landscapes of modern space and spectacle.