END_OF_DOCUMENT_TOKEN_TO_BE_REPLACED

Breaking Cadence: One Woman's War Against the War (Paperback) 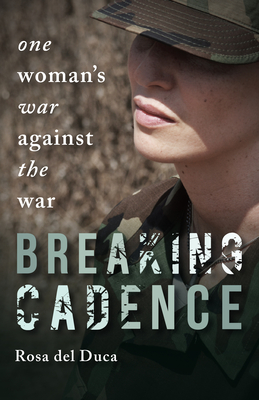 Winner of the NYC Big Book Award for Memoir. When a young recruiter tells Rosa del Duca that enlisting in the National Guard will cover most of her college tuition, it seems like the perfect opportunity to escape her small Montana town and toxic family circumstances. After all, during her six-year contract she will only be a soldier for one weekend a month and two weeks a summer--nine percent soldier, ninety-one percent civilian.

As American involvement in the Middle East escalates, Rosa finds herself torn between her escalating moral disagreements with the military's actions and her promise to the National Guard. To voice her opposition to the war would mean branding herself a traitor in the eyes of the peers she has come to consider a second family, but after years of navigating messy relationships and mental health struggles fueled by her dilemma, she can no longer stay silent. As Rosa begins the slow process of becoming a conscientious objector, she finds a powerful voice for her beliefs and learns the importance of standing up, even when it means standing apart.