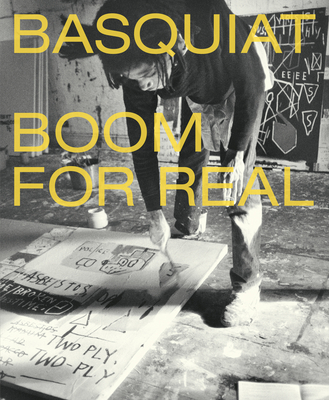 Basquiat first came to prominence when he collaborated with Al Diaz to spray-paint enigmatic statements under the pseudonym SAMO©. From there he went on to work with others on collages, Xerox art, postcards, performances, and music before establishing his reputation as one of the most important painters of his generation. This book places his collaborations in a wider art historical context and looks at his career through the lens of performance. Six thematic chapters offer compelling research, with essays from poet Christian Campbell on SAMO©; curator Carlo McCormick on New York/New Wave; writer Glenn O'Brien on the downtown scene; academic Jordana Moore Saggese on Basquiat's relationship to film and television; and music scholar Francesco Martinelli on Basquiat's obsession with jazz. This insightful survey also features rare archival material and extensive illustrations, demonstrating how Basquiat's legacy remains more powerful and relevant than ever today.
ELEANOR NAIRNE is Curator at Barbican Art Gallery in London.

DIETER BUCHHART is an Austrian independent curator who has worked on numerous Basquiat exhibitions.